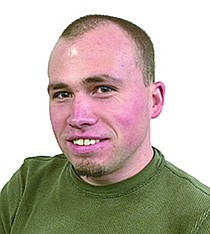 Prep Basketball: Juelfs selected as 4A Grand Canyon Region Player of the Year

The Lee Williams High School boys basketball team’s season may have ended in the 4A Conference Play-In Tournament, but it can take some solace in the fact Kade Juelfs was recognized by the region in two of the four top categories.

Not all athletes accomplish the goal of a state championship, but Jimmy Wayman can now say he belongs in the elite group after the Lee Williams High School senior took first place Saturday at the Division III State Championship in Prescott Valley.

Prep Basketball: Vols rally in second half, but fall to Desert Edge

Not many squads find a way to dig out of a 17-point halftime deficit.

The Lee Williams High School girls soccer team was in a good position Thursday as no one had scored entering the second half of its 4A Conference Play-In match.

Coaches usually have a variety of topics to discuss following a season, but there are no guarantees that those talks will result in positive change.

It was a moment Jace Brooks will likely remember for the rest of his life.

All the Kingman Academy High School girls basketball team needed to do Tuesday was knock off Chino Valley to give itself a chance to make the 3A Conference Play-In Tournament.

Every senior class is special in its own way, but sometimes one group stands out more than others.

If it wasn’t for a canceled match in Yuma, the Lee Williams High School girls soccer team would likely be hosting a 4A Conference Play-In match for the first time in program history.