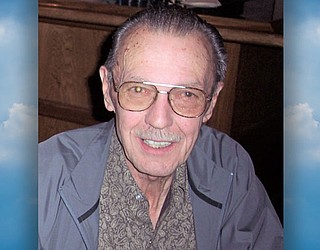 Our beloved Donald (Don) Raymond Edwards, 81, passed into Heaven on Monday, June 3, 2019 at his home in Kingman, Arizona. Don was born July 22, 1937 to Elbert and Jenny Edwards in Birmingham, Alabama. The youngest of three children, he graduated in 1957 from Valley High School in Albuquerque, New Mexico where he met his high school sweetheart and wife of nearly 60 years, the late Janet Edwards.

In 1967, Don moved his family to Kingman where he worked for the Southern Union Gas Company for 37 years. He participated in service organizations in Kingman for many years including the Elks Club and the Kingman Jaycees. He shared that working and learning with the Kingman Jaycees was very educational and rewarding.

Don was active in the bowling community and was a member of the Kingman Bowling Association Hall of Fame. For many years he worked with young boys and girls on Saturday mornings. Don also coached Little League when his boys were young and spent many hours catching softballs for his daughter.

Services will be held at 4 p.m. Saturday, June 15 at Kingman Central Church, 112 N. 4th St. Dinner reception to follow afterward at the church. In lieu of flowers, please consider contributing to The American Cancer Society.

Special thanks to Living Waters Hospice for the excellent care given during Don’s final weeks.