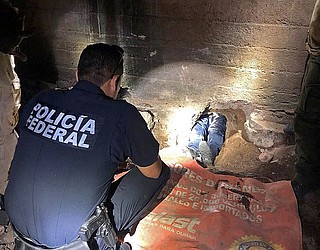 NOGALES – The U.S. Border Patrol says its agents and Mexican federal police discovered an incomplete cross-border tunnel under a parking lot in Nogales.

The agency said Friday the tunnel spotted Wednesday was connected to a storm drain that runs into the United States from Mexico.

Border Patrol says the tunnel, as well as digging and cutting tools, was found during a sweep to help prevent illegal movement of contraband and people across the border.