Miner Editorial | A comedy of errors and lawsuits 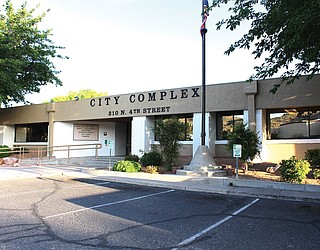 It seems like it is just one thing after another at the City of Kingman.

And while being busy is generally regarded as a good thing, it isn’t such a good thing when things go sideways. Especially when it’s at least the fourth time something like this has happened in the last 18 months or so.

What is this most recent bit of fuel on the City’s pyre?

Giving the incorrect numbers to those wishing to recall Vice Mayor Travis Lingenfelter.

The City told them they only needed 410 valid signatures, and they had until Feb. 25, about four months, to gather them.

Lo and behold, that number was wrong.

The number now needed according to the City, is 1,946. Then again, the number could be 1,305, if K-CHAT has its information correct.

Either way, it is a rather large difference, needing between 900 and 1,500 more signatures, which is not an insignificant amount.

A difference that could result in another City of Kingman lawsuit.

This latest mistake comes after a violation of open meeting laws in August 2017 when the transaction privilege tax was about to sunset. That violation led to a conversation with the Attorney General’s office and a council meeting in order to ratify the TPT increase.

This was followed by City staff invalidating a significant amount of signatures on the petitions for Prop 413, which ended up in court. The City lost.

Another mistake on the City’s plate is the write-in candidate debacle during this most recent election. There were some nuances in the Arizona Revised Statute that were misinterpreted that led to the City going to court and losing. Again.

Any one of these mistakes can be treated as such: a mistake.

We understand mistakes are made, it’s a part of life. However, the problem seems to be that these mistakes are happening quite often and no one is learning from them.

There are three things to do about every mistake: admit it, learn from it, and don’t repeat it.

And it looks like the City is ignoring all three.

These “mistakes” are also costing the City, and, by proxy, the taxpayers, money. While only two of these instances have officially gone to court, with the City losing both of them, all of these mistakes are time consuming. And time is money.

Money is something the City really does not have in surplus.

While we don’t like the idea of the City being faced with lawsuits, and spending money on defending the staff’s series of mistakes, if it helps them learn something, it may just be worth it.

The City staff is a team, and like all teams, they have to work together to actually accomplish something. There are plenty of idioms we tell our children that can apply here about being a team player and doing what is best for the team.

Children can learn to work together, and we encourage them to, but can the City?

Only time will tell.