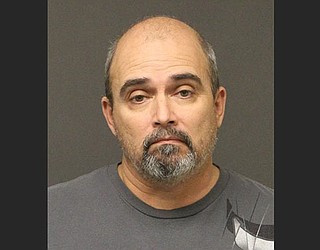 Mohave County Sheriff’s Office Detectives arrested Jody James Shoup, 50, of Kingman, on suspicion of Molestation of a Child and Sexual Assault, both felonies.

According to an MCSO news release, deputies received a call at 10:30 a.m. on Friday, Jan. 3 from the Department of Child Services for assistance with a sexual abuse case.

DCS told deputies they received a report of an alleged sexual assault by Shoup on a female juvenile that had been ongoing for the past four years.

Detectives responded to a residence in the 2700 block of Ames Avenue to interview the alleged victim when Shoup arrived at the residence. He was arrested and booked into Mohave County Adult Detention Facility.