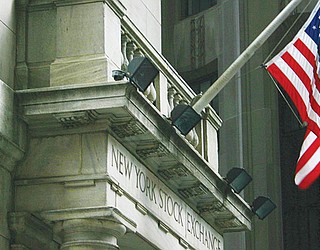 President Donald Trump likes to ask that question around the country, sometimes throwing out big gains like 90% or 95%. The average 401(k) did indeed hit a record last year, although its growth was considerably less than that.

Surging global markets were behind the growth: The S&P 500 index had one of its best years in decades with a 31.5% return. Investments of all types logged gains, from junk bonds to stocks from developing economies.

Fidelity said the average worker set aside 8.9% of their pay in their 401(k) in the fourth quarter, a record. Combined with employer matches, the average total savings rate was 13.5% in the quarter, tying its record last reached in the spring of 2019. “Nobody can control the market, so the behaviors of people contributing to their 401(k)s are what get us the most excited,” said Katie Taylor, vice president of thought leadership at Fidelity. “We have people saving 13.5%, which is really close to the 15% that we recommend. That's a great story.”

In many cases, workers may not even realize they're saving more. Most employers give the option for workers to automatically increase their contributions each year, without having to do anything. Some employers even automatically sign up their employees for these auto-escalation programs, requiring them to opt out if they don't want their contribution levels to steadily rise.

Such features are on top of programs where employers automatically enroll new hires in the 401(k) plan. They all lean on the power of inertia to help workers build up bigger nest eggs. It's a sharp turnaround from earlier years when workers had to take an extra step to join the 401(k) plan and fill out paperwork whenever they wanted their contribution levels to change.

“There's always a way, if you don't want to do it, where you can unenroll, but these automatic programs have been a game changer,” Taylor said.

Consistent contributions – and giving them time to grow – are keys to building bigger portfolios. The average balance for workers who have been in their 401(k) plan for 10 straight yearsrose to a record $328,200, according to Fidelity.

Such figures, though, count only people who have a 401(k). Many lower-income workers, particularly at smaller employers, could not save in a 401(k) even if they wanted to because their companies don't offer access to one. Legislation passed late last year aims to make it easier for smaller employers to band together and offer plans.

Nearly half of all U.S. households aged 55 and over, 48%, had no retirement savings at all as of 2016, according to estimates from the Government Accountability Office.