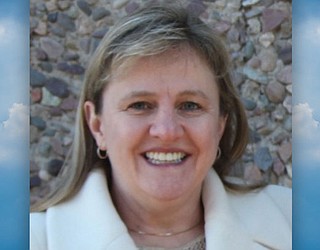 Bonnie Jean Terry was born on May 29, 1962 in Salt Lake City, Utah to Dirk and Louise Dicou. She grew up in Rupert, Idaho and graduated from Minico High School in 1980.

She met her husband, Max Lynn Terry, while they were both attending college in Utah. They were married Aug. 21. 1982.

After years of traveling and moving around the country for schooling and jobs they settled in Kingman, Arizona in 2003. Together they created and owned Mountain West Medical Imaging until January 2020.

Bonnie is having a joyous reunion in heaven with their firstborn, Max David Terry.

She will then be laid to rest in the Lindon City Cemetery.