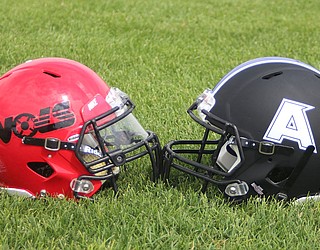 KINGMAN – The football players who take the field each Friday night may focus a majority of their time on the sport they love, but that is not the No. 1 priority.

Academy has a team of about 27 to 30 and lost 11 to grade checks. However, the eligibility requirements are a bit stricter than many school districts.

“It’s not an average – it’s all Cs,” Morgando said. “It’s a little more difficult, but we pride ourselves on our academics. So that’s what we want the kids to focus on.”

And while the Tigers don’t have nearly enough numbers to suit up for a game, they’re still continuing to practice and prepare for a Friday, Sept. 20 meeting at Coronado.

“We’ve been going out to practice, but you worry about a situation like that with the kids kind of losing hope,” Morgando said. “But almost everybody that’s eligible to show up has showed up. The kids that are ineligible due to grades are taking care of that. So we’ve been trying to keep getting some stuff in.”

The Vols will continue practicing like any other week and it gives them extra time to prepare for their 4A Grand Canyon Region opener Friday, Sept. 20 at Bradshaw Mountain.

There is still no word on whether the game will go down as a forfeit as Lee Williams Athletic Director Shane Murray is still waiting on word from the AIA.