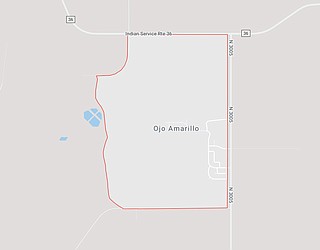 FARMINGTON, N.M. (AP) — Investigators are asking for help from the public in connection with a string of suspicious fires on the Navajo Nation.

The Farmington Daily Times reports the Bureau of Indian Affairs Wildland Fire Management Navajo Region is offering a reward to anyone with information about fires that have occurred since July at Navajo Agricultural Products Industry.

An alert was posted on Sept. 4 on the agency's Facebook page, stating that a series of fires have occurred at Navajo Agricultural Products Industry in areas south and east of Ojo Amarillo.

Authorities say there have been at least four fires since July 26.

Information from: The Daily Times, http://www.daily-times.com