Miner Editorial | Veterans Day is still a big deal; it should be revered 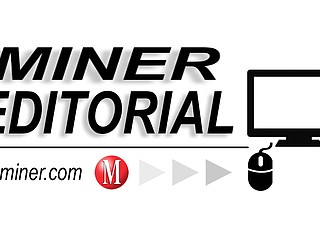 As with many patriotic holidays, Americans mostly treat Veterans Day more as to how it affects their schedules, not their hearts.

It’s a day off from school and for many, a day off from work. It’s that holiday wedged between Halloween and Thanksgiving, with Christmas coming into view, and it’s the unofficial start of raw, colder weather with a recent time change providing brighter mornings and darker late afternoons.

Most people aren’t even sure of its name and whether it’s Veterans, Veterans’ or Veteran’s Day. (Correct answer: no apostrophe.) And what did we say was the difference between Veterans Day and Memorial Day again?

Modern generations don’t realize it, but at one time, Veterans Day was a big deal. It still ought to be.

It recognizes veterans from all branches (Air Force, Army, Coast Guard, Marines, National Guard and Navy) and salutes those who have died in service to their country, as well as those who survived. (Memorial Day, by comparison, specifically honors those who have given their lives in service).

Veterans Day falls on Nov. 11 because hostilities in World War I formally ended on Nov. 11, 1918 - or 101 years ago. Initially called Armistice Day to recognize this event, its name was changed after World War II (in 1954) to provide a more inclusive, all-encompassing name.

When the Uniform Monday Holiday Act was enacted in 1971, Veterans Day was among several holidays that were moved. But protests from those who thought the meaning was being lost launched a successful drive for a return to Nov. 11 - and in 1978, Veterans Day became the only holiday ever moved to a Monday but later restored to its traditional date.

Like the world war that led to its creation, Veterans Day has lost some impact over the generations. All the World War I veterans and most World War II veterans are gone. It can be argued that an all-volunteer army has separated many American families from a direct connection to their military, creating a much less personal awareness than existed during the two world wars and Vietnam.

Around the country, parades and memorial services have been replaced by more modest, more contained and less widely attended ceremonies. Some commemorations have been discontinued altogether while others are attended only by those with personal connections, and not by communities as whole.

It’s not a ceremony that defines a holiday, though, but the awareness of why it exists at all. Veterans Day is the only holiday designed to salute all of our veterans. That alone gives it meaning, far beyond a simple label on the calendar.

We should not need a specific, single day to thank and appreciate all who have served. But as long as we have one, the least we can do is to remain aware of what Veterans Day is all about, and why its meaning is as great or greater in the 21st Century as it was in the 20th.