Letter | Thank you for your service 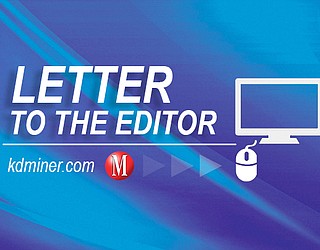 Life is often very busy and each of us faces a variety of struggles and challenges on a daily basis. Mohave County in 2019 is no different from any county in any state as Americans face an increasing diversity of opposing opinions and ideologies. In the midst of that conflicting dynamic one salient and harmonious theme rises above that fray in gratitude and good will to mankind. The American people are united in their appreciation of the men and women who unselfishly served in the U.S. Military Armed Forces, both past and present .

Monday, November 11, 2019, America honors our military personnel once again for the hundredth time. Veterans Day originated as “Armistice Day” on Nov. 11, 1919, the first anniversary of the end of World War I. Congress passed a resolution in 1926 for an annual observance, and Nov. 11 became a national holiday beginning in 1938.

Although American has officially honored our military for a complete century, war has never been a popular subject. I personally am one many 9,087,000 veterans who served our country during the Vietnam Era, at a time when many American could not separate the war from the warrior. During this era no one said, “Thank you for your service,” but rather our military men and women were largely viewed with scorn and contempt and it seemed as if the country had lost its moral compass. The world has changed a lot since those times and today in 2019 you can barely go out in the public without seeing our past and present military personnel proudly wearing hats, patches, t-shirts and lapel pins commemorating their service to our country. 13% of Mohave County’s population are veterans and around here,”thank you for your service,” echos on the streets, in supermarkets and places of shopping. Mohave County is unquestionably one of the most veteran friendly counties in this nation.

In a very similar way today across our nation, despite our diversities, Americans have united in our patriotism to shout out “Thank you for your service.” In the shadow of our national heroes we give thanks and honor to those who have protected and sustained our many glorious freedoms, our dignity and inalienable rights. Please join me in on Veterans Day and everyday ,“ in brotherhood, from sea to shining sea,” never forgetting the selfless dedication and sometimes ultimate sacrifices that have graced us all with freedoms we often take for granted. Please join me in continuing the heritage and the honor of our great military veterans, connecting the generations of the future with the generations of our freedoms fighters past and present.