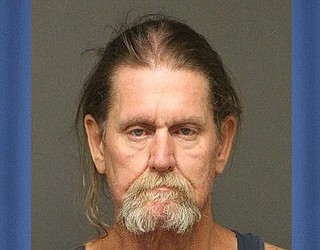 KINGMAN – Daniel Kaiser, attorney for Francis William Allison, is optimistic that his client’s case can be brought to conclusion without going to trial.

He then moved to the court of Judge Rick Lambert. Allison is currently charged in 10 cases in relation to the allegations that he, along with two codefendants, engaged in multiple robberies and or burglaries in the Kingman area during 2018.

The judge continued Monday’s status conference to 8:30 a.m. Nov. 26, at which the parties in the case could set the matter for a change of plea.

Preston Earl Milks, a codefendant in a number of the cases in which Allison is charged, was sentenced to 15 years in prison Friday, July 12. Anthony Scott Axton, the third and final codefendant in some of the cases in which the other two men were charged, was found guilty by a jury on nine of 10 felony charges in October. His judgement and sentencing is set for Thursday, Nov. 7.