Jerry Gilligan guilty on 10 of 18 counts

Three counts of sexual contact with minor, kidnapping among charges 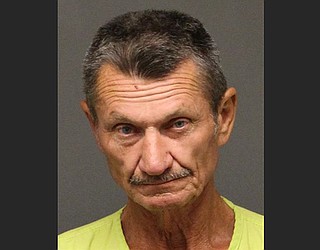 KINGMAN – After deliberating for only a few hours Monday, Nov. 4, the jury in the trial of Jerry Gilligan returned guilty verdicts for 10 of the 18 felony counts for which he was charged.

The investigation began when Gilligan’s wife, 39 at the time, arrived at Kingman Regional Medical Center on Sept. 17, 2016, complaining of battery acid in her eye. She said that over the three previous days, Gilligan restrained her and her son, 11 at the time, and forced them to perform sexual acts on him and on one another.

Gilligan’s trial began Tuesday, Oct. 29, with attorneys delivering closing arguments in late afternoon of Friday, Nov. 1. He had pleaded not guilty to all charges. He even took the stand to testify on Friday, claiming that the actions he was accused of were fabricated.

The jury, however, had all the evidence it needed to hand down 10 guilty verdicts.

Judge Billy Sipe said each of the three guilty verdicts for sexual conduct with a minor come with a sentence of life imprisonment per Arizona statutes.

Gilligan’s judgement and sentencing has been set for 10 a.m. Dec. 5.