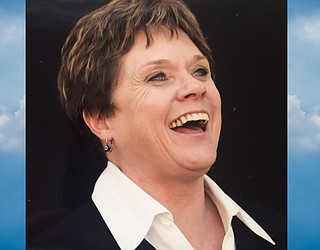 Gene Michele Gilpin Bonham passed away at her home in Flagstaff on Oct. 17 surrounded by her loving family.

Michele was born on Oct. 1, 1947 in Casa Grande, Arizona. In 1950 her family moved to Kingman, Arizona. She had a very vibrant and active life in Kingman, starting her education at Happy Corner Kindergarten and continuing through graduation in 1965 from Mohave County Union High School. Michele was always very popular and constantly involved in many activities from performing tap and square dancing as a young girl to being a varsity cheerleader and Prom and Homecoming Queens in high school. She was also Worthy Advisory in Rainbow Girls and a lifetime member of the Order of the Eastern Star.

Michele married Ray Bonham in 1969 and they celebrated their 50th wedding anniversary earlier this year. After they married, they moved to Flagstaff, Arizona where, with the exception of a brief move to Carlsbad, New Mexico, Michele lived the rest of her life with her loving husband and raised two handsome and successful young men, Raymond Paul Bonham, Jr. (R.P.) and Ryan Lane Bonham. Michele was a very loving mother and grandmother and provided an endless amount of support.

Her career started in 1967 at Valley National Bank in Kingman. After moving to Flagstaff, she continued her career at the bank and then worked as a manager at the Northern Arizona University Bookstore for several years. In 2017, she retired after 31 years as the office manager at Northern Arizona Dermatology Center. Michele played an instrumental part in the dermatology center’s growth, and was extremely proud of her role in helping so many others.

When people met Michele, they had a friend for life, still having many friends from kindergarten, grade school and high school, plus the multitude of permanent friends she shared her life with through her various careers. Her bubbly personality and caring heart also extended to patients who became friends and friends who became patients.

Michele also generously volunteered her time wherever she lived, most recently at the Flagstaff Catholic Church gift store and at Catholic Charities.

Our beloved Michele is survived by her husband Ray, her sons R.P. and his wife Sue and sons Brooks and Gage, her son Ryan and his wife Cheyenne and sons Penn, Lane and Rhys, as well as her brother Keith Gilpin and his wife Ming and stepdaughter Shiing. She was preceded in death by her parents, Robert “Bob” Gilpin, Janice Jones Gilpin Finn and grandparents.

In lieu of flowers, the family asks that donations be made to Northland Hospice & Palliative Care.

All are invited to attend Michele’s services Friday, Nov. 15 at San Francisco de Asis Roman Catholic Church located at 1600 E. Route 66, Flagstaff, Arizona. There will be a 9:30 a.m. Rosary and a Mass at 10:30 a.m. The internment of ashes at Calvary Catholic Cemetery will be reserved for family members only. Memories and condolences can be shared with family online at www.norvelowensmortuary.com.