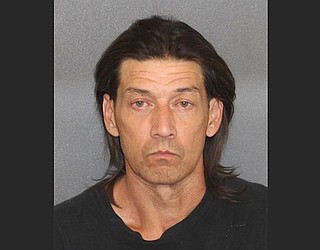 Deputies observed damage to the interior of the residence, and were advised that Shean had caused the damage when he became agitated at one of the victims. Deputies interviewed the two victims, who advised that they had locked themselves inside a bedroom when Shean began pounding on the door, eventually breaking it, and entered the room and began assaulting both victims.

One was able to get away and call 911. George Thaveesakda Shean was arrested for felony criminal damage per domestic violence, and misdemeanor charges of assault per domestic violence and disorderly conduct. He was booked into the Mohave County Adult Detention Facility without further incident.