Update: Charges dismissed against KUSD teacher arrested for sexual conduct with a minor 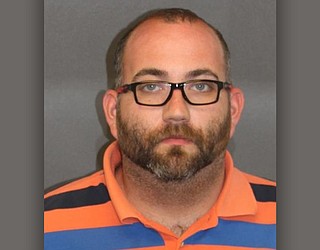 KUSD teacher arrested for sexual conduct with a minor

KINGMAN – A Kingman Unified School District employee was arrested Monday, Aug. 12, 2019 at approximately 10 a.m. on three felony counts of sexual conduct with a minor and one misdemeanor count of contributing to the delinquency of a minor.

Brent Michael Miracle, 29 of Kingman, was a math teacher at Kingman Middle School during the time of the incident, Gretchen Dorner, KUSD superintendent said.

The arrest stems from a Kingman Police Department investigation which began Wednesday, Aug. 7 after police obtained information of a KUSD teacher having possible sexual contact with a minor.

The investigation revealed that Miracle met a juvenile victim on a dating app and engaged in sexual conduct with the victim in December 2018, according to Kingman police.

Miracle admitted his involvement and was booked into the Mohave County Adult Detention Facility. The juvenile victim was not a student of Miracle’s and the victim didn’t attend the same school.

Dorner said Miracle was given temporary paid administrative reassignment to home the same morning he was arrested and this year he was a sixth-grade teacher.

This story has been updated to include attribution.